composer based in Stockholm, 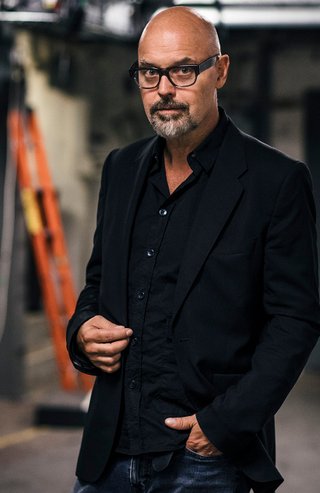 A heterogeneous music production that spans the last 30 years.

After a short period of time with piano lessons in the late seventies he dropped out of school and started out as a punk rock musician. From the age of fourteen he worked at various jobs, like warehouses, grocery stores and hospitals. During that time he began to compose, eventually deciding to concentrate on composition. He attended classes in music theory and started to study scores by classical composers.

Eventually he started to study music at Kapellsbergs Music School in the north of Sweden. After three years of hard study work he applied for the composer program at the Royal College of Music in Stockholm and got accepted. He studied there between 1990 and 1997

and film music. His music has been performed at festivals, concerts and broadcast on the radio and TV.

In several of his works he has collaborated with other artists and even in art and science crossover projects, e.g. After the end of Time- a selection of recorded interviews with some of the world's most prominent neuroscientist in a musical and poetic interpretation of the latest scientific knowledge about consciousness, death and electrical cascades into the collapsing brain. Another example is Holocene Oratorio for large orchestra, choir and soprano. A collaboration that started in the artist programme on a scientific expedition to the Arctic under the auspices of the Swedish polar research secretariat- Beringa 2005.

2018 his full-length opera Tristessa was premiered at the Royal Opera House in Stockholm.

Examples of collaborations with other artists as well in art and science crossover projects.